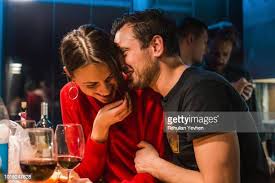 Flirting is a language by itself. A language that has no written characters, but it has lots of non verbal cues, innuendos, a flow of light energy and a style of expression.

A coy smile, a lingering look, a hidden glance, bantering, a slight touch and closing proximity are different styles of flirtatious expression.

Flirting for some is a way to escalate; while for some it is a stress buster and a mood lightener. Some may use it as a glue for their ongoing relationships; while for others it is a tool to express their sexuality. Whatever may be the motivations to flirt, since centuries flirting is one of the undercurrents that binds human race together.

Climbing the essay wall of flirting dynamics, I would like to touch the practical walls of flirtatious language.

In real time, flirting is more complex than it seems. Because of its subjective nature and intuitive language, men by and large get it wrong. Women in general are much better at the flow of flirting dynamics.

Flirting is a two way street in which there is a free flow of traffic. The participants in the flirting process MUST find themselves under a same energy umbrella. The flow of the moment, the vibe in the air are most important determinants whether to initiate and partake in the flirting game.

Most men, from where I look at, tend to confuse flirting with verbal arts; which is not untrue, but it is not the primary factor. The verbose of flirting has to be in sync with vibe in the air or flow of the moment. The words and phrases, its tone and tenor should be 100 percent aligned with chemistry of the moment; and that is decided by both parties mutually, but unspoken.

Usually, women are good at understanding the whole setup, and intuitively playing as they wish to. But men needs a conscious training to catch the ebb and flow of the moment and syncing the appropriate words and phrases with it.

In words, I am struggling to form an accurate picture of real time flirting; therefore, I will add two movie clips to demonstrate what it looks and feels like. The two clips, have different vibe and chemistry between the participants, but still carrying the undertone of flirting.